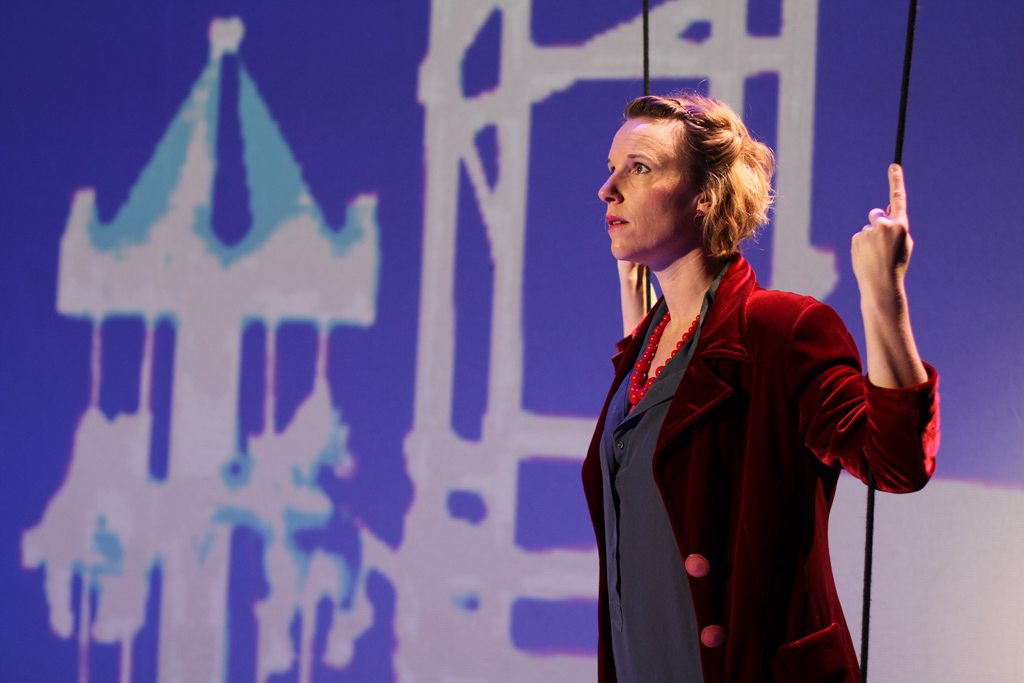 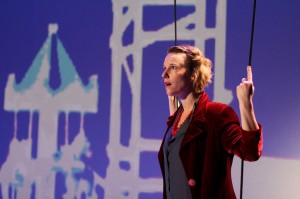 Cirkus is New Opera Co’s third work. It began to be written in autumn 2010 and premiered in the spring of 2012. With Cirkus Niklas Rydén wanted to try the monologue form and examine new-opera ability to credibly convey and carry strong melodramatic feelings of existential nature.

Cirkus is about a woman who has experienced losing everything several times. She grew up in the circus. Parents were trapeze stars but died in an accident. She abandoned her own trapeze career. She married a knife thrower and became his target girl in an act that toured throughout the world. After another accident they both abandoned circus completely and started a mine together. Now it is also gone, as is he. Now she stands here and is processing all that has been. Especially everything that happened in the relationship. She wants to move on. But is it possible?

Cirkus is a monologue that is one hour and forty-five minutes, 105 minutes. The team behind the set was long uncertain of how a lonely singer could fill the scene for a so long time. But it went beyond all expectations and reactions from both press and audiences has been overwhelmingly. The process leading to the final result was long, and not least, the text went through several thorough revisions, including from a gender perspective.

Cirkus was filmed at Atalante both the spring and fall of 2012, and visited the Orion Theatre in October 2012.