The Family is NewOpera CO’s fifth major opera project. For two years, Niklas Ryden gathered stories about families, children, relationships and parenting. It has resulted in a collage of scenes with high recognition depicting family life all sides. The beautiful, the difficult, the sad and the comic. 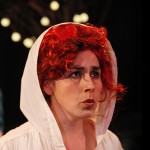 Singless is NewOperas first children’s opera. It premiered in April 2013 and has been performed both at Atalante and on tour. Singless is a story inspired by fairytales and fantasy. It is about grief and loss, and about to dare to deal with the past in order to move on. 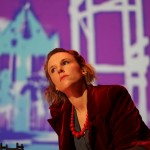 Cirkus is New Opera Co’s third work. It began to be written in autumn 2010 and premiered in the spring of 2012. In Cirkus Niklas Ryden wanted to try the monologue form and examine the new-opera’s ability to credibly convey and carry strong melodramatic feelings of existential nature. 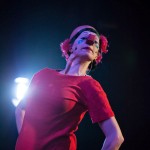 In Kabaret Kosmos, we follow a group of people who have left the earth. During their cosmic journey they look back and remember how it was on the earth, both what was good and what was evil. An art cabaret created by NewOpera CO in 2014 and performed at Atalante and Teater Aftonstjärnan. 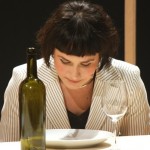 Party in the Villa

Party in the Villa is a chamber opera about two couples who meet one evening to party in a villa in the suburb. Everything is first nice and cozy, but the facades split and what is behind seeps out. The longer the evening suffers and the bottles are emptied, the more comes out of trauma, grief, disappointment, aggression and various longings all carry. Often, without the ability to process.

Upwind is NewOpera CO:s first production. It is a multimedia piece with dance, video projections, song, choir, music. It premiered 2006. Upwind is a story about a terror drama in a small swedish town.