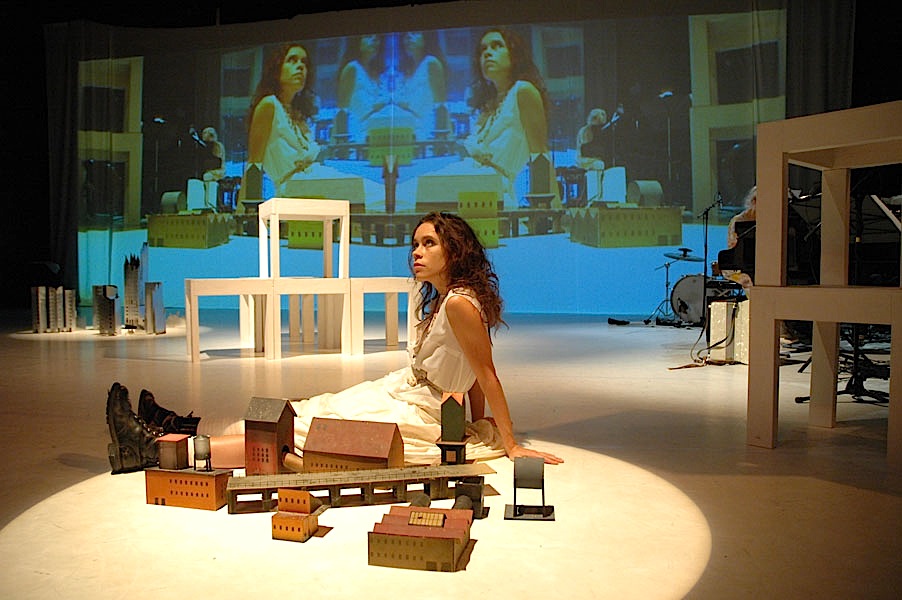 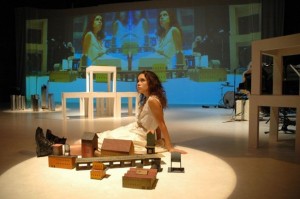 Upwind was NewOpera CO’s first performance. It was created in 2006 through a collective process in which the visual artist Jim Berggren, choreographer Minna Kiper and composer Niklas Rydén started parallel processes in the group. Niklas Rydén then wrote the libretto and music for this NewOpera CO’s first new-opera, which is kind of a visual art cabaret with dancers, soloists, choir, projections, music and lectures.

The story takes place in a small Swedish town where a middle-aged man and woman are sitting talking in a cafe. They have had a relationship that was complicated. The woman had a son with another man. The son has just died during military service in Afghanistan. Outside, in the city, there is a hostage drama going on, perhaps a terrorist attack. At the cafe appears the nasty little girl who can fly up in the roof. She tells uncomfortable truths about the mankind and get good help from one of the seven white mice she is carrying with her them and who runs out in the cafe. After three acts and lots of episodes everything explodes. Just the mouse and the girl remains. Still in the world.

Upwind premiered in 2006 and was rebuilt in 2007 in a revised version.

There is an extensive blog from the process that is possible to see here. (swedish)